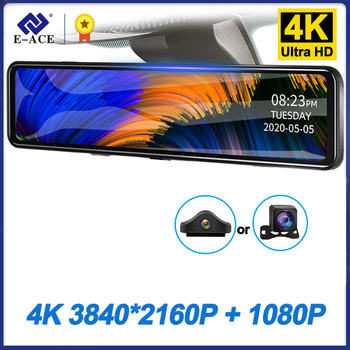 «
Load More
Smart home devices and various electronics for house, garden and garage Whether you are a nature lover or an architect, a sports fan or an engineer, a camera drone can be an indispensable addition to your toolkit. Giving crystal clear pictures of places you cant access directly, from nesting sites to rooftops, a camera drone will help you to see the world in a whole new way. A gadget is a small tool such as a machine that has a particular function, but is often thought of as a novelty. Gadgets are sometimes referred to as gizmos. A smart toy is a toy which effectively has its own intelligence by virtue of on-board electronics. These enable it to learn, behave according to pattern, and alter its actions depending upon environmental stimuli. Typically, it can adjust to the abilities of the player. A modern smart toy has electronics consisting of one or more microprocessors or microcontrollers, volatile and/or non-volatile memory, storage devices, and various forms of input–output devices. It may be networked together with other smart toys or a personal computer in order to enhance its play value or educational features. Generally, the smart toy may be controlled by software which is embedded in firmware or else loaded from an input device such as a USB flash drive, Memory Stick or CD-ROM. Smart toys frequently have extensive multimedia capabilities, and these can be utilized to produce a realistic, animated, simulated personality for the toy. Some commercial examples of smart toys are Amazing Amanda, Furby and iDog.All kinds os health and beauty related electric and electronic devices A projector or image projector is an optical device that projects an image (or moving images) onto a surface, commonly a projection screen. Most projectors create an image by shining a light through a small transparent lens, but some newer types of projectors can project the image directly, by using lasers. A virtual retinal display, or retinal projector, is a projector that projects an image directly on the retina instead of using an external projection screen. A smart device is an electronic device, generally connected to other devices or networks via different wireless protocols such as Bluetooth, Zigbee, NFC, Wi-Fi, LiFi, 5G, etc., that can operate to some extent interactively and autonomously. Several notable types of smart home devices are smart thermostats, smart doorbells, smart locks, smart refrigerators, smart key chains, smart speakers and others. The term can also refer to a device that exhibits some properties of ubiquitous computing, including—although not necessarily—artificial intelligence. Smart devices can be designed to support a variety of form factors, a range of properties pertaining to ubiquitous computing and to be used in three main system environments: physical world, human-centered environments and distributed computing environments. A streaming stick is a tiny media player, slightly bigger than your average USB stick. It can be plugged directly into an HDMI port, allowing for the streaming of media from the device. A set-top box (STB), also colloquially known as a cable box, is an information appliance device that generally contains a TV-tuner input and displays output to a television set and an external source of signal, turning the source signal into content in a form that can then be displayed on the television screen or other display device. They are used in cable television, satellite television, and over-the-air television systems as well as other uses. A computer that connects to your television. Allows you to use telephone line or cable connection do you browse the Internet and exchange electronic mail on your television. A GPS tracking unit or geotracking unit is a navigation device normally carried by a moving vehicle or person or animal that uses the Global Positioning System (GPS) to track the device's movements and determine its geographic position (geotracking). Vehicle tracking relies both on the Global Positioning satellites (GPS) and a cellular system. A tracking module in the vehicle continuously picks up the GPS coordinates that indicate the real-time location of the vehicle. A video game console is an electronic or computer device that outputs a video signal or visual image to display a video game that one or more people can play through some type of game controller. These may be home consoles which are generally placed in a permanent location connected to a television or other display device and controlled with a separate game controller, or handheld systems that include their own display unit and controller functions built into the unit and can be played anywhere.
© Copyright 2022. All Rights Reserved
RSS | Sitemap | Latest XML

We suggest you enable all cookie categories.
Necessary Always Enabled
Necessary cookies are absolutely essential for the website to display properly. These cookies ensure basic functionalities and security features of the website, anonymously.
Functional
Functional cookies help to perform main functionalities like perform purchases, sharing the content of the website on social media platforms, collect feedbacks, and some third-party features.
Performance
Performance cookies are used to understand and analyze the key performance indexes of the website which helps in delivering a better user experience for the visitors.
Analytics
Analytical cookies are used to understand how visitors interact with the website. These cookies help provide information on metrics the number of visitors, bounce rate, traffic source, etc.
Advertisement
Advertisement cookies are used to provide visitors with relevant ads and marketing campaigns. These cookies track visitors across websites and collect information to provide customized ads.
Others
Other uncategorized cookies are those that are being analyzed and have not been classified into a category as yet, such as the translating option.
SAVE & ACCEPT
Powered by